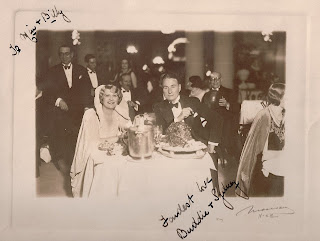 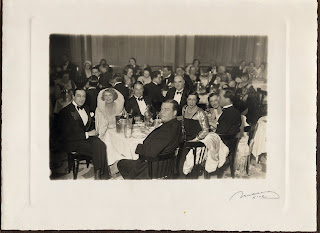 Well, it's taken me much too long to get this blog started. Tonight I'll try to bring things up to date regarding my progress on the Syd bio project so far. Actually, there have been a lot of developments lately.

I actually began the project in March of 2006, when I received a green light from Association Chaplin on the project, one I have taken over from Matthew Sweet, who wrote the only recent article on Syd of late, called "A Life in Full: The Other Chaplin" and available here: http://findarticles.com/p/articles/mi_qn4159/is_20031019/ai_n12748776

Since then, of course, I immediately began to do two things: search the Charlie Chaplin archive at the Cineteca di Bologna (I have since been to Bologna four times in search of Syd documents) and began collecting Syd artifacts on ebay and other places. My Syd photos now number around 80 or so and other items, such as programs, magazine articles, etc. have also become quite numerous.

When I visit the database, I try to type as much information into my laptop as I have time to and then begin to work with the information when I get home. I would say that I still have about 100 documents, mostly dealing with the period in the 1930s in which Syd was acting as Charlie's Europe-based United Artists agent (based in Europe, because he was essentially on the run at that time). I'm afraid I find the business of policing copyrights, or at least reading about it, a bit boring. So, I'm saving those for last--i.e, I will be checking them out carefully probably this coming winter break (November/December 2008).

The other very-important venue so far is Paris. In the Association Chaplin office there is a large collection of Syd items that is not in the archive. I've tried to catalogue these items--curate them--as best as I can. There are several hundred photos, including publicity photos of all sorts--Syd doing all sorts of expressions and appearing in all sorts of costumes--and film scene photos. If memory serves, the films represented are The Rendezvous, The Better 'Ole, Charley's Aunt, The Perfect Flapper, King, Queen and Joker, Oh! What a Nurse and A Little Bit of Fluff. In Paris, there is also a large collection of artifacts from Syd's films and the pressbooks he had constructed--especially of the airline and the popular film The Better 'Ole. I have pretty much sifted through and sifted through again these items, but may have to access them again at some point before the project is finished. I KNOW I will have to return there, if only to choose photographs for the book.

The amount of text written on Syd up to now is minimal, and so, collecting it has not taken very long. Last fall (2007), though, I decided I needed to pick up the pace a bit and so I added a trip to London to the itinerary of my fall research trip. My plan there was to locate information in the records offices, interview Aubrey Chaplin's only living daughter, Pauline Mason, and also visit the Thurrock Museum in Grays, Essex, the home of an archive dealing with the Exmouth Training Ships. I also needed to access and view Syd's films in the British Film Institute collection. I achieved most of this. Viewing the films took four full days and I could have used five. So, I may need a return visit there. I had friend Dean Cutsforth with me on the last day and found this very helpful, because he brought a whole different perspective to viewing the films than I had had alone. King, Queen and Joker, for instance, ONLY exists in unedited pieces there at the BFI, so it is quite a task to make some sense of it as you watch. What did Syd intend to leave in and what leave out? Now I know Frank Scheide is working on putting this film together, but so far he hasn't given me any hints about the plot. Dean, watching the fragments with me as he did, helped me to think of the plot quite differently than I had alone, and so I decided my quest to complete this project in solitude was probably not the best idea. In other words, this experience helped me to decide that I wanted to try to get research assistants if possible. Would this be possible, being that I am at a regional campus, wholly without graduate students? Hmmmm...

Also, I didn't get to Grays, Essex. The day I had planned with curator Jonathan Catton to visit the place and view Syd's file, well, the populace of London decided to cause a sort of subway strike. So, I just couldn't get out there and had no other day to reschedule it. That's how tightly I had scheduled my time there!! (London being soooo expensive for us right now, well, you know!) So, a visit back to Grays will be part of my next trip. I'm hoping that my last trip to Europe for Syd will be this coming winter break, as I already stated.

Back home here now from my last trip, I have begun writing. I decided that even though I have quite a bit of research still to do, that I should begin writing as soon as possible. In the meantime, I have indeed acquired research assistants. I have worked out a deal with my chosen students that they will get credit for helping me with the project. I have probably 3 interested students who will begin working for me next quarter. I hope to use them to research on databases available online, to transcribe interviews (I have at least 5 in-person interviews now to transcribe), to critique films, and to organize information, among other things. This work will be done here in Zanesville, probably in my office. In addition, I will be conducting research trips to Washington, D. C., where I will view Syd films at the Library of Congress, Los Angeles, California, where I will visit several archives and libraries and try to trace Syd's paper trail during his years of temporary residence there, and New York City, where I will look at the Syd files in the Lincoln Center Library and other venues. I also need to visit the United Artists archive at the University of Wisconsin. My trip to Los Angeles will be a long one, and because of that, I will probably be enlisting another student assistant, in this case fellow Chaplin scholar Kendra Lisum. Ms. Lisum has a bachelor's degree now, from the University of Nevada-Reno, and has participated in the 2005 Charlie Chaplin conference as well as the 2007 Buster Keaton Celebration in Iola, Kansas. She will be quite an asset to me in trying to get the most out of my three weeks in California.

In the immediate future, though, I will continue writing. I also need to start planning for my research assistants who will be joining me very soon (in early April). I will be on here more frequently now, trying to keep a record of this progress. And finally, for now, important to this process also are those of you who kindly email me with your comments and contributions. Michael Vogelle, for instance, recently wrote with the inscribed photo above, informing me that his--was it great Aunt/Uncle, Michael?--acquired this photo of Syd and Minnie in Nice in the 1930s and you can see that Minnie has signed as "Buddy," a nickname I hadn't really known about before. And, then when I was in Paris shortly thereafter, I found a whole slew of photos of the same dinner party--the uninscribed photo is one of those. What a coincidence! Keep the info coming and thank you!